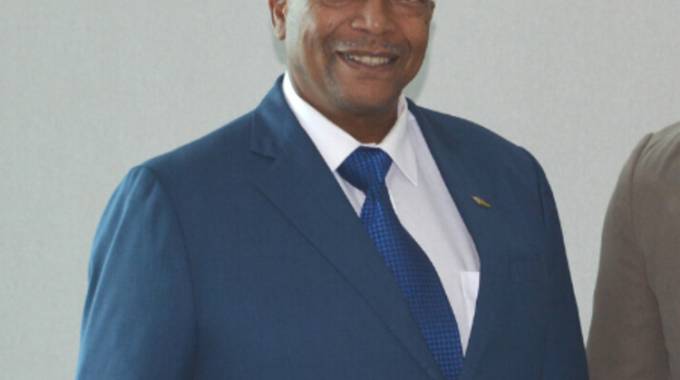 Acting Foreign Affairs and International Trade Minister Professor Amon Murwira said the late diplomat, who was posted to the UAE in 2019, died at a Harare hospital following a short illness.

“The late Ambassador Ndlovu died at a local hospital in Harare after a short illness,” said Prof Murwira in statement.

“Details of funeral arrangements will be communicated in due course.”

In 1984, he joined the Air Force of Zimbabwe Aeronautical Inspection Services as a vibration and balancing inspector.

He was later promoted to Officer Commanding Aircraft Servicing Squadron as a maintenance manager at Thornhill Air Force Base in 1986. He rose through the ranks to become quality assurance chief aeronautical inspector in 1996. He had a short stint at Northland Engineering and Falcon Air, where he worked as a technical manager and general manager respectively between 1996 and 1998.

He later became director of airports and business development at the Civil Aviation Authority of Zimbabwe (CAAZ) between 2012 and 2014 before leaving to join the Zimbabwe Mining Development Corporation (ZMDC) as general manager.

Ambassador Ndlovu’s death comes at a time when he was the major driving force of the Second Republic’s engagement drive in the UAE. The new political administration’s foreign policy has resulted in growing diplomatic and economic relations between Harare and Abu Dhabi.

Trade between the two countries has been growing as a result. Figures from the Dubai Chamber of Commerce and Industry (DCCI), which were released during the UAE- Zim Food and Agribusiness Virtual Forum last week, show that the value of bilateral trade with UAE has increased from US$490 million in 2011 to nearly US$1 billion by 2019.

In his condolence message, ZANU PF Secretary for Administration Dr Obert Mpofu said the late Ambassador has left an indelible mark of distinction and loyalty to the nation.

“The ruling ZANU PF joins the rest of the nation in consoling His Excellency, the President of the Republic of Zimbabwe, President Mnangagwa, and the Ndlovu family following the untimely demise of Zimbabwe’s incumbent Ambassador to the United Arab Emirates, Cde Jethro Ndombondayi Ndlovu,” said Dr Mpofu.

“Ambassador Ndlovu’s passing on marks yet another unforeseen gloomy episode to our nation’s current Covid-19-induced devastations.

“The late Chief of Staff to Zimbabwe’s diplomatic corps in Dubai acquitted himself as a distinguished anti-colonial stalwart whose footprints in Zimbabwe’s national memory dates back to the days of our liberation struggle.

“Ambassador Ndlovu will be greatly cherished by those of us who worked closely with him over the years for his undivided love for Zimbabwe.

“While to some he is remembered as an ordinary civil servant, to his fellow comrades this late son of the soil will be forever revered as a brother and a faithful steward of Zimbabwe’s permanent aspirations.”