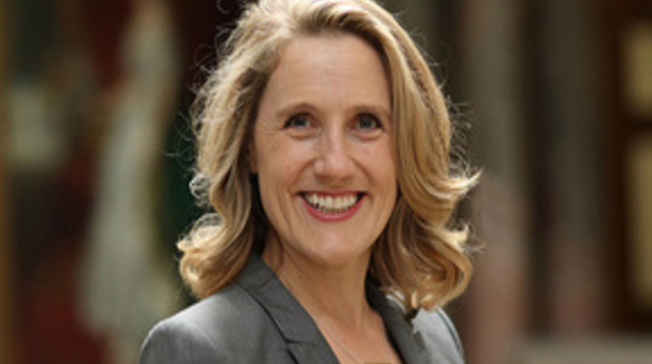 BRITISH ambassador to Zimbabwe Melanie Robinson  was last week reportedly summoned and reprimanded by Foreign Affairs minister Fredrick Shava on allegations of deviating from her diplomatic calling and meddling in national affairs.

Robinson reportedly met Shava on Friday last week where she was ordered to stop interfering with government affairs.

“Government discovered that she was the one who had convened other ambassadors to meet the Health minister (Chiwenga) on issues to do with COVID-19. How we manage the pandemic has nothing to do with foreign embassies, therefore, she had to be reprimanded for that,” the official said.

“It is undiplomatic for her to incite other embassies to meddle on issues not of their concern. She is an ambassador of her own country and does not have the authority to tell other ambassadors what to do,” the source said.

Efforts to get a comment from Robinson were fruitless.

However, in reference to her meeting with Shava, she tweeted: “Delighted to meet with Foreign minister Frederick Shava today to discuss UK-Zimbabwe relations, trade and how we can work together to tackle climate change, a global priority for the UK.”

Presidential spokesperson George Charamba also tweeted that an unnamed Western diplomat had been summoned and reprimanded by the Foreign Affairs ministry.

“Some Western ambassador was recently summoned to the Foreign ministry for chastisement after she had decided to turn herself into an activist pollster.  She apparently forgot the host State, like her own, enjoys omnipresence, omniscience! She owned up and apologised profusely.  We leave it at that for now, but remain vigilant!”

Foreign Affairs spokesperson Constance Chemwayi said she was yet to get clearance from her superiors to comment on the matter.

At the weekend, Justice minister Ziyambi Ziyambi also lashed out at the European Union and the United States, accusing  them of sponsoring non-governmental organisations to interfere with government activities, after the High Court ruled that Luke Malaba had ceased to be the country’s chief justice despite extension of his term of office by President Emmerson Mnangagwa.

Meanwhile, the Foreign Affairs ministry has terminated Moshe YitZhak Osdoicher’s appointment as an honorary consul of Zimbabwe in the Northern district of Israel.

In a statement on Monday, the ministry said Osdoicher ceased to be Zimbabwe’s honorary consul on February 5, 2021.

The ministry did not give reasons for the termination of the appointment.

“This means that Mr Osdoicher does not hold any functions, privileges, and immunities attached to this post as expressed in the Vienna Convention on Consular Relations, 1963 and he no longer represents the government of Zimbabwe in any capacity.”