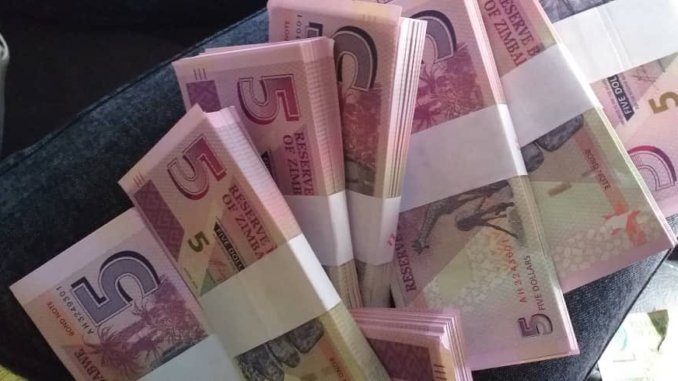 The recently appointed Monetary Policy Committee (MPC) this
week announced that the Reserve Bank would next month pump in new bank notes
and coins into the market to ease the current shortages. For many who have paid
premiums as high as 60% to buy notes from informal traders operating on the
sidewalks, this came as music to the ear.

Since the government abandoned the multicurrency regime for
a mono-currency system, Zimbabwe’s economy has been facing serious headwinds.
Official figures show that exports for the quarter ending June dipped 8.3% to
US$860m while imports headed north.

According to the latest figures released by the central
bank, the country’s trade balance widened from a deficit of US$165.9m
registered in Q1 to a deficit of US$450.7m in the second quarter.

The country’s import bill was mainly composed of diesel,
unleaded petrol, crude soya bean oil, medicines, Jet A1, electricity, and road
tractors, among others. Notably, diesel and petrol imports constituted nearly
30.4% against a backdrop of crippling power cuts that have forced both domestic
and industrial consumers to rely on alternative sources of energy For a net
importer like Zimbabwe, this is not a good picture.

The government has already admitted that the economy would
contract by up to 6.5%. Gold production has been spiralling downwards as
artisanal miners ditch the state-owned Fidelity Refineries and Printers for
side marketers offering hard currency Confronted by these challenges and many
more, the authorities have little room to manoeuvre in terms of fiscal
discipline and money supply growth.

The MPC noted that the increase in reserve money by 80%
during the first 8 months of 2019, when compared to the December 2018 position,
caused instability in the exchange rate and resulted in the increase of
domestic prices of goods and services The independent committee said measures
to ensure money supply growth and contain it within levels that will ensure
exchange stability, should be adopted.

This would be an acid test given wage demands by civil
servants who have been demanding that salaries be indexed against the United
States dollar. Gold producers, who have been selling the commodity to side
marketers are also demanding a fair price for the metal. Should Treasury give
in to some of these demands, we will see money supply growth rising rapidly, a
development which is inflationary.

As the summer cropping season beckons, monetary authorities
will also be under pressure to finance agriculture. Official figures indicate
that while there has been a decrease in reserve money by 10 percentage points in
September 2019 from the August position, more political will is required to
ensure that the central bank carries out prudent activities without
interference.

Already the MPC has agreed to continue on this trend to
ensure that reserve money growth is contained to 50% for the full year 2019.
But with no budgetary support to fund critical government projects such as
agriculture facilities for the vulnerable, the central bank could again be
forced to turn on the printing press.

Only time will tell.