The Dichotomy Of Zimbabwe’s Economy 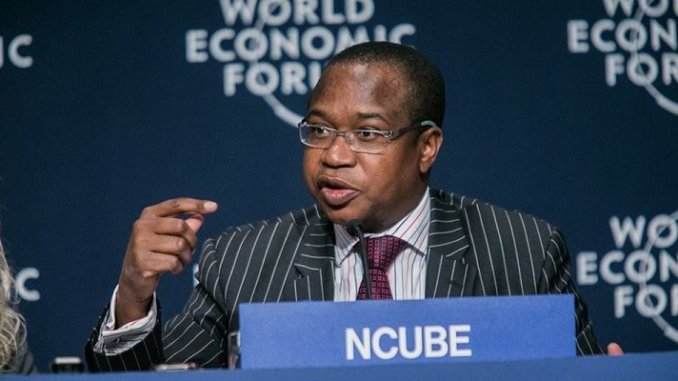 WHEN Finance minister Mthuli Ncube was appointed head of treasury, many hoped that the Oxford University schooled technocrat would wave his magic wand. In the midst of this euphoria, sceptics doubted.

They did not doubt his academic credentials or his experience as a top-notch economist. It’s the deep-rooted problems that are holding back Zimbabwe that many have flagged as minefields to Ncube’s project of turning around the economic fortunes of the southern African nation.

Excessive public spending and bureaucratic inertia to adopt reforms have over the years been named as the monkey that government has failed to shake off from its back.

This week the Finance Minister subtly gloated over his
achievement when he released an update on the Transitional Stablilisation
Programme (TSP), a short-term economic plan adopted after last year’s general
elections. Ncube said despite the current economic headwinds, which would see
the economy contracting by up to 6.4% this year, Zimbabwe is now poised to take
off. Time will tell.

The Finance minister said with the inception of the TSP,
fiscal policy now targets a budget deficit in line with SADC threshold of below
5% of GDP as government pursues fiscal consolidation.

He also pointed out the floating of the domestic currency
which was at par with the United States dollar as a reform that almost
unimaginable three years back. Government floated the domestic currency against
major currency in February in a move that effectively reintroduced the Zimbabwe
dollar, 10 years after the adoption of the multi-currency regime.

It is the surprise introduction of the mono-currency system
that many questioned. Questions on policy consistency emerged. The TSP, which
runs through 2020 had promised to maintain the multi-currency regime, widely credited
for macro-economic stability.

Before the reforms in February, the monetary system lacked
flexible utilisation of a full set of monetary instruments to influence
economic activity.

In addition, the adoption of a hard and strong currency such
as the US$, compromised competitiveness of local companies. Ncube also said he
deserved a toast of champagne improving the current account position.

Official figures show that the current account, for the
first time since the adoption of the multi-currency regime in 2009, registered a
surplus of US$196 million in the first quarter of 2019. This was due to the
impact of import management measures under implementation, which prioritise
capital and production inputs as opposed to non-essential finished goods.

After missing the economic targets spelt out in the TSP, the
road to becoming an upper middle-class economy not only becomes bleak but
painful.

Government workers are pushing for US$ indexed salaries and
temptation to redollarise is fiercely being resisted despite what the markets
are dictating. The state of public hospitals, a new wave of job cuts are all
but some of the challenges confronting government. Clearly the narrative of projecting
Zimbabwe’s economy on a growth trajectory will have few takers.

It cannot be business as usual, Zimbabwe has to go back to the drawing board.