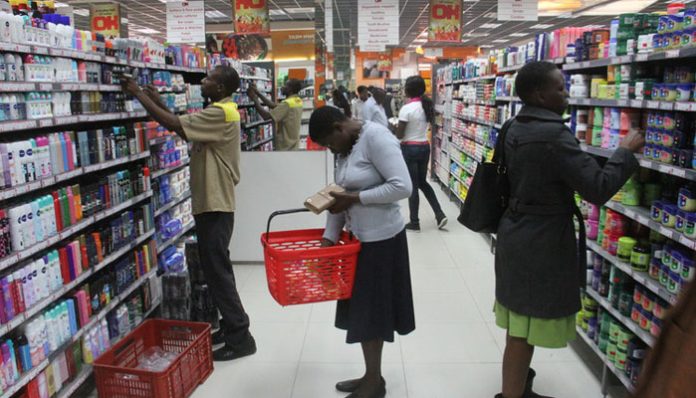 Retailers have accused industrialists of withholding basic
commodities to push the prices up as they row over a hike in prices, Business
Times can report.

The economy is beset by foreign currency shortages and
electricity outages which have pushed up the cost of production that companies
pass on to consumers. Prices of basic commodities have tripled over the months
as the deteriorating local currency and the cost energy alternatives are factored
onto the final price.

Retailers, however, blame industrialists for a spike in the
price of basic commodities with the Confederation of Zimbabwe Retailers (CZR)
executive briefing President Emmerson Mnangagwa on the recent increase in
prices on the local market and issues that require urgent attention.

The CZR told Mnangagwa that the continued existence of
monopolies on the supply side of basic commodities has made it difficult to
address the pricing challenges currently in the market.

On basic commodities whose prices are monitored by
government Business Times is informed that a certain section of suppliers is withholding
products to create shortages.

This, according to insiders, has been prevalent in the
supply of products like sugar, cooking oil and bread where shortages have been experienced
in established formal retail outlets with the products flooding the parallel
market.

The CZR president Denford Mutashu confirmed to Business Times
that they told President Mnangagwa that most suppliers had been involved in
rent seeking behaviour of creating fake shortages on the market to push up
prices.

“We met the President to inform him about what is happening
with regards to pricing in the market,” Mutashu said. “We told him that the
supply situation of basic commodities in the market is not pleasing at the
moment as we are heading towards the festive season.

“It is quite disturbing that selected suppliers are
withholding products and this has been done mainly on products whose prices are
negotiated with the government.

There are certain products like sugar, bread and cooking oil
whose pricing is negotiated with government. Therefore as you have observed, whenever
there is a shortage of the product, when the product resurfaces, the price is
usually higher.

Henry Ruzvidzo, the president of the Confederation of
Zimbabwe Industries (CZI) said it was unfortunate that such representations to
President Mnangagwa were made in the absence of other critical sectors.

He said industry had in the past been accused of creating artificial
shortages which was proved wrong.

“Such allegations have been levelled against manufactures in
the past but it has since been established that it is other players within the
supply chain that have been manipulating the flow of goods,” Ruzvidzo said.

Industry is buffeted by low capacity utilisation which is expected
to decelerate to 34% this year, from 48.2% in 2018 weighed down by foreign
currency shortages, antiquated machinery, breakdowns, and the shortage of raw
materials.

Business Times reported last month that some foreign
suppliers are threatening to take over local firms after the firms failed to
pay for raw materials delivered.