Intratek solar project under the spotlight 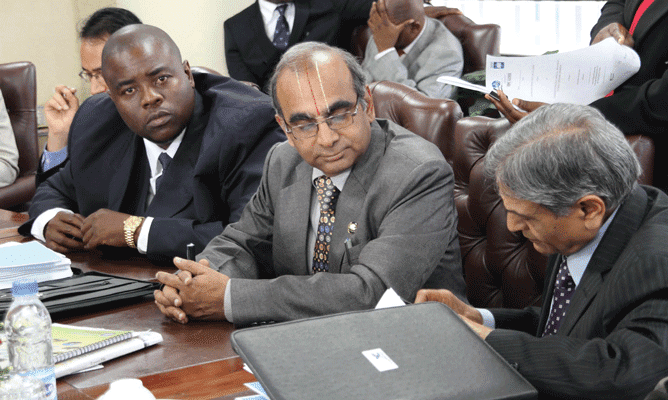 Controversial
businessman Wicknell Chivayo’s Gwanda Solar project has come under spotlight
again as Zimbabwe prepares to launch a refreshed renewable energy policy next
month amid indications that contractors that failed to utilise licenses risk
losing them.

Zimbabwe has never changed its energy policy since 2012 and
the government believes that the New Energy Policy (NEP) will identify the key
challenges in the exploitation, distribution and utilisation of different
energy resources, providing a detailed road map on how to address them. This is
the second time the country will have a clear energy policy since 1980.

Energy and Power Development Minister Fortune Chasi told Business
Times that the new policy would deal with those who held licenses for
speculative purposes.

“We will investigate all those who have acquired these
licences and no sacred cows will be spared this time. I’m tasking the Zimbabwe
Energy Regulatory Authority to tackle such issues as soon as the new policy
comes into play,” Chasi said. “Potential areas of solar power projects have
been taken by these individuals who did nothing for the past donkey years.”

Chivayo is embroilled in a bribery storm after his company,
Intratrek, transferred US$10,000 to the former Zimbabwe Power Company (ZPC)
board chairperson Stanley Kazhanje’s personal bank account to try to influence
the outcome of a tender process. He is set to stand trial on 18 November 2019.

It has been alleged that in September 2013, ZPC invited bids
for the construction of the Gwanda solar project and Chivayo, through Intratrek
Zimbabwe, expressed interest. In October 2015, the ZPC board held a meeting
with Kazhanje as board chairperson directing that the ZPC management should
award the tender to Intratrek.

Chasi said such cases would be looked into, and some
independent power producers (IPPs) risk losing their licences in the next few
weeks. He said the policy would change the landscape of renewable energy in the
country as the energy authorities were thinking of using competitive bidding
methods for renewable energy projects.

The effective implementation of the renewable energy
projects has helped Zambia to reduce its electricity tariffs to US6c/KWh and
Zimbabwe would want to take a leaf from its northern neighbours.

The Zimbabwe Energy Regulatory Authority (ZERA) licensed
over 70 IPPs over the past few years but a few have implemented their projects.

IPPs have the potential of supplying over 8000MW to the
national grid but given the lack of implementation, the country continues to
bank on the sources of generation, Kariba and Hwange.

Therefore, the government is reluctant to issue more
licences in the prevailing environment as many are struggling with funding to
kickstart the projects.

Energy experts believe that the major reasons for the
failure of most solar projects is cost. Hydro electricity is the cheapest but
depends on water which has become a problem in the last decade.

Hydroelectricity requires US$0.10 to produce while solar
energy costs around US$0.14, which means even if solar power is readily
available it is still expensive to use in Zimbabwe.

ZERA together with the Energy and Power Development Ministry
will craft a policy on IPPs through the integrated energy resources plan to
ensure that only capable producers are given tenders.

Eddington Mazambani, ZERA acting chief executive, said there
was a need to see how to assess IPPs – whether to follow the route of
unsolicited bids which the regulatory authority is currently using or whether
to go for the auctioning system where there is a site where the best company
win in terms of the published specifications.

The government has promised to give incentives to IPPs who
are making progress in the new renewable energy policy.

The Ministry of Energy and Power Development is now bringing
in net meters to support the renewable energy policy where one can produce his
own power and put it on the main grid and gets it back when needed.

Shot in arm for Bulilima schools