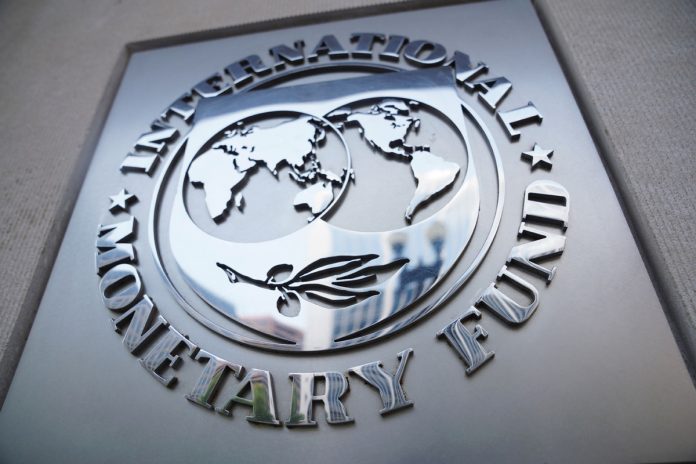 The IMF, whose fall meetings with the World Bank begin in Washington
this week, also warned the main drivers of downside risks to the global economy remained ongoing trade tensions and policy
uncertainty.

A major geopolitical event, like Britain exiting the European Union without a new agreement in place, could trigger a sharp tightening of financial conditions, the IMF said in its bi-annual Global Financial Stability Report.

The IMF and other economic policymakers have expressed concern over
high levels of risky corporate debt in the past. But the group said yesterday that attempts by central banks worldwide to lower interest rates to combat immediate economic risks have exacerbated the situation, leading to “worrisome” levels of debt with poor credit quality and increasing financial vulnerabilities over the medium term.

“But loose financial conditions have encouraged investors to take on more risk.”The IMF warned that 40% of all corporate debt in major economies could be considered “at risk” in another global downturn, exceeding levels seen during the 2008-2009 financial crisis.

Investors may be “overly complacent” about downside risks this late in the
economic cycle, the IMF cautioned. On Tuesday, the IMF cut its 2019 global
growth projection to its lowest level since the financial crisis, largely due to ongoing trade feuds.

The IMF singled out rising risks in corporate and non-bank financial sectors as a source of concern. Investors, facing lower interest rates, are taking on more illiquid investments with weaker investor covenants in search of higher rates of return, it said.

The US Federal Reserve has cut rates twice this year amid concerns that slowing global growth and trade tensions could spill over to the broader economy. Meanwhile, central banks elsewhere, including the European Central Bank and Bank of Japan, have kept interest rates in negative territory in a bid to spur lending.

“The search for yield in a prolonged low interest rate environment has led to stretched valuations in risky asset markets around the globe, raising the possibility of sharp, sudden adjustments in financial conditions,” the report said.

Specifically, the IMF said a global downturn half as severe as the one spurred by the last financial crisis would result in $19 trillion of corporate debt being considered “at risk”, which the IMF defines as debt from firms whose earnings would not cover the cost of their interest expenses.

The IMF also cautioned the low interest rate environment has driven up demand for debt in emerging and frontier economies, with external debt climbing to 160% of exports, compared with 100% in 2008. In a sharp downturn, it could become difficult to sustain or rollover those large debt
obligations.

To guard against these risks, the IMF urged policymakers to maintain “robust and rigorous” financial regulation and supervision, and urged policymakers to activate broader macroprudential tools, such as countercyclical capital buffers. The IMF also said policymakers “urgently” needed to develop better tools to monitor risks in the corporate sector. — Reuters