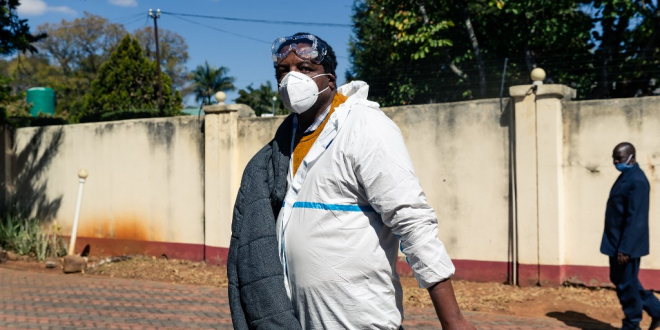 JOURNALIST Hopewell Chin’ono yesterday insisted that he was being incarcerated under a non-existent law when he appeared before High Court judge Justice Davison Foroma for bail hearing.

Chin’ono, represented by Harrison Nkomo, argued before Justice Foroma that the magistrate misdirected himself by denying him bail since he did not commit any offence, according to the law.

He allegedly posted on his Twitter handle that a police officer had killed a nine-month-old baby, a report that has been dismissed by the police.

The State argued that Chin’ono committed the crime while he was on bail for two other pending matters of inciting public violence and obstructing or defeating the course of justice.

But Justice Foroma questioned how similar the charge of communicating falsehoods was to the pending matters.

Chikosha said all the cases had links to the use of social media.

The State also argued that there was overwhelming evidence against Chin’ono and that he was likely to abscond, considering the seriousness of the offence and its penalty.

The State also argued that investigations by the police revealed that the alleged dead child was actually alive, making Chin’ono’s post on social media with regard to the video false.

“There can never be overwhelming evidence on a non-existent crime. The offence must be identified first for one to be charged, in accordance with the Constitution. But in this case, the offence is under a section of law which has been outlawed,” Nkomo said.