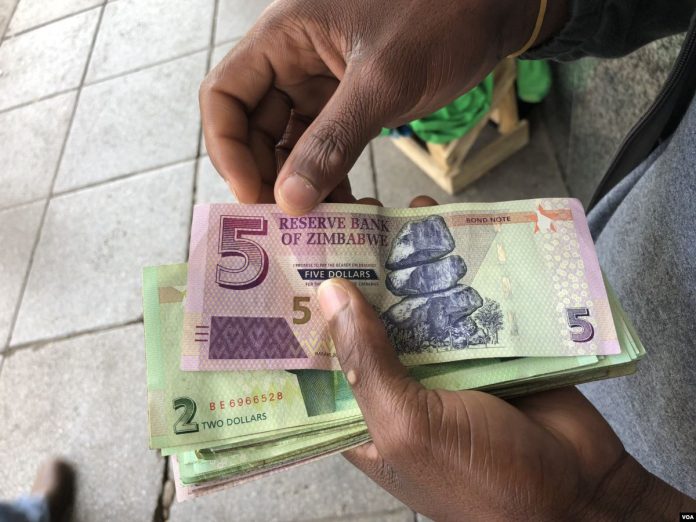 The government plans to crack down on local currency dealers
and businesses as it moves to halt galloping prices, Business Times can report.

Zimbabwe, once the envy of the Southern Africa region, is
experiencing the ravages of soaring hyperinflation, a drop in GDP estimated to
be negative 6.5% this year, shortages of foreign currency, fuel, water, electricity,
jobs and other essentials, among other severe challenges, which have escalated since
October last year when President Emmerson Mnangagwa’s new cabinet hit the road crawling,
instead of running.

The deteriorating economy has forced businesses to increase
prices of their goods and services, resulting in hyperinflation whose consequences
have been a huge challenge for the ailing economy to crack.

This week, Finance Minister Mthuli Ncube told Business Times
that it was time for a crackdown to ensure currency stability. His remarks
reaffirmed an earlier statement by President Mnangagwa who also warned businesses
over the continuous price increases.

He warned that the price surge would have devastating
consequences on the economy.

“The [currency] level is good but we now need to de-link it
from rising prices,” Ncube said. “That’s what it has been like, where retailers
are using forward pricing strategy, where they look at replacement cost instead
of current costs.

“Going forward, we are dealing with the cash crisis by introducing
physical cash into the market. In other words, we will be swapping RTGS for
cash to contain prices going forward. New currency notes are coming in the
fullness of time.”

Although Ncube admitted the economy would achieve a negative
6.5 percent growth due to shocks induced by the severe drought and the impact
of electricity shortages, he projected an economic rebound next year, adding
that competitiveness had been restored in the currency market.

“Yes, we have suffered severe shocks this year that impacted
negatively on our economy. But we expect a very strong economic rebound in 2020
and beyond,” he said. “Next year we expect growth of 4.6%.

Zimbabwe is now cheaper than the rest in the Southern
African region in terms of manufacturing. We need to take advantage of that.”

The currency crackdown comes at a time when the nation’s
economy has plunged into another dose of hyperinflation, a decade after it exorcised
the ghost of galloping prices.

Hyperinflation erodes the value of any currency and can
render it worthless. Its effects on the economy are seen in sapping tax
revenues, rising unemployment rate, and an increase in the cost of living.
Citizens will lose their life time savings as cash becomes worthless, meaning the
economy falls apart.

In June, the government abolished the multi-currency regime
that had been in place since February 2009 and restored the Zimbabwean dollar as
the sole legal tender. Since then, prices of goods and services have gone up
and up and up, as rising inflation has eroded the value of salaries and wages.

An employee who used to receive 3,000 bond notes a month
(which was equivalent of US$3,000 when the rate was 1:1) is now receiving US$139.53.
The miracle is how Zimbabweans are surviving on such eroded wages and salaries
when everything has gone up except wages and salaries for the majority of employees.

The government has, however, suspended the publication of
annual inflation figures until February next year after it reached 176% in
June.

Experts say the economy has slipped into hyperinflation.

It is estimated that annual inflation was at about 300% in August,
according to independent local economists who accurately measure it using the
consumer price index. Some measure it with precision applying the purchasing power
parity.

Steve Hanke, the American economics professor with a bias
for Zimbabwe, projects annual inflation to reach 1,000% by the end of the year.

In its latest pronouncement, issued last week, the Public
Accountants and Auditors Board (PAAB), which regulates the accountancy
profession in Zimbabwe, says the factors and characteristics to apply the
financial reporting in hyperinflationary economies standards (International

Accounting Standards (IAS) 29, have been met.

“In terms of section 4(1) as read with Schedule 1 of these
regulations, the Board prescribed that the International Financial Reporting
Standards (IFRS), which includes the standard to which this pronouncement
relates, shall be applicable in Zimbabwe,” PAAB added.

Inflation statistics in Zimbabwe have been galloping,
triggering considerations over the application of IAS 29-Hyperinflation (IAS
29) to the financial results.

IAS 29 considers several indicators of the existence of
hyperinflation, such as when the general population prefers to keep their
wealth in non-monetary assets or in a relatively stable foreign currency, where
amounts of local currency held are immediately invested to maintain purchasing power,
and the general population regards monetary amounts not in terms of the local currency
but in terms of a relatively stable foreign currency.

It is applicable when prices may be quoted in a relatively
stable currency, sales and purchases on credit take place at prices that
compensate for expected loss of purchasing power during the credit period, even
if the period is short, when interest rates, wages and prices are linked to a
price index and the cumulative inflation rate over three years is approaching, or
exceeding 100%.

“…PAAB can advise that there is broad market consensus
within the accounting and auditing professions that the factors and
characteristics to apply the Financial Reporting in hyperinflationary Economies
Standard (IAS 29), in Zimbabwe have been met,” PAAB said.

It recommended that preparers exercise professional
judgement in considering the presentation of historical financial information as
supplementary information alongside the primary IFRS financial statements which
would be inflation-adjusted in terms of the requirements of IAS 29 in light of multiple
stakeholders such as tax authorities and sector regulators.

This covers the preparation and presentation of financial
statements of entities operating in Zimbabwe for the financial periods ended on
or after 1 July 2019.

The effects of hyperinflation are extreme; meaning the
Zimbabwean dollar, recently introduced becomes almost entirely worthless
shortly after one receives it.

There is no point in saving as the value of savings is wiped
out, meaning little is invested or reinvested. There is also no point in
lending money as interest and capital repayments soon become valueless.

Instead there is capital flight, as ordinary people are
desperate to get their money out of a worthless currency zone. What people
receive in pay does not keep up with the ever-increasing prices of goods.

There has been anger against his austerity measures and
“textbook” economics ever since he came into office. Some people, in fact,
blame him for triggering the current sad situation with his “textbook economics”
that appears to have no context for social and political correctness.

The government has said the country is open for business and
is vigorously pursuing re-engagement with the international community. But the
current state of the economy is making things difficult to attract investors.

“If you are lucky to get a job, it is likely to be insecure
and this keeps many people awake at night. There will be no investment coming
into the country because investors will take a back seat. That’s a critical problem
because employment depends on investment. There will be momentum in company closures.”

It sounds like the apocalypse, but if you think there is a way out, the stockbroker Itai Chirume adds more groom by saying it will be tough for local companies to restate their financial numbers to indicate hyperinflation.

“The problem is the appropriate rate to use, now that
ZimStat has stopped publishing annual inflation rates. It means companies will grapple
with which figure to rely on. It’s going to be a huge problem,” Chirume
forecasts.