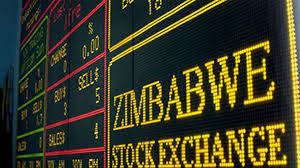 THE Zimbabwe Stock Exchange’s initial plan to introduce a derivatives market to diversify financial instruments is in limbo due to government controls, it has been established.

A derivative is a financial security or instrument with a return that is obtained or derived from the return of another underlying instrument. This means its price is determined by fluctuations in the underlying asset. Common examples of derivatives include trading of futures contracts, options (call and put), forwards, swaps and commodities like maize, among others.

For companies, they can use derivative trading to supplement traditional earnings, which are now under increased pressure due to hyperinflation.
The use of derivatives, which are a very important component of the world’s financial markets, is to improve returns through leverage and access to different risks.

It is now a vital part of the investment process. Derivatives enable investors to diversify their investments, manage risk and deploy funds more efficiently. Justin Bgoni, the ZSE CEO, told Business Times that derivatives would only work where there was a free market and liquidity.

This means Zimbabwe which is experiencing severe liquidity challenges and price controls is not ready for the derivatives market.

“Equities and debt markets are possible because prices are not controlled,” Bgoni told Business Times. “But, it’s tricky for derivatives, whose prices are
controlled, and will not work at the moment.”

In 2017, the establishment of a derivative market was high on the agenda of the ZSE after initial plans had to be halted due to the financial crisis. The ZSE carried out a survey on Specialist Securities (derivatives) to gauge the interest. Last year in June, it also published the listing rules requirements for the proposed derivatives market.

A trade derivative listing would have been the first of its kind in Zimbabwe as at the moment derivatives are traded through over the counter ar-
rangements. The derivatives market, analysts told Business
Times, would widen the scope of Zimbabwe’s capital market products. This will pull foreign investors into the capital markets.

As reported by Business Times last week, foreign investors have deserted the ZSE due to a number of factors, including deteriorating macroeconomic fundamentals, failure to repatriate proceeds and dividends to countries of their origin, and government’s policy inconsistencies.

Foreign investor participation on the local bourse has plunged to 17% from a peak of 60% in 2015. The ZSE traded about US$500m a year between 2009
and 2015 while the average daily turnover during the same period was about US$1.62m. The local bourse is currently trading about half what was being traded between 2009 and 2015. Market capitalisation has also
plunged by almost half.