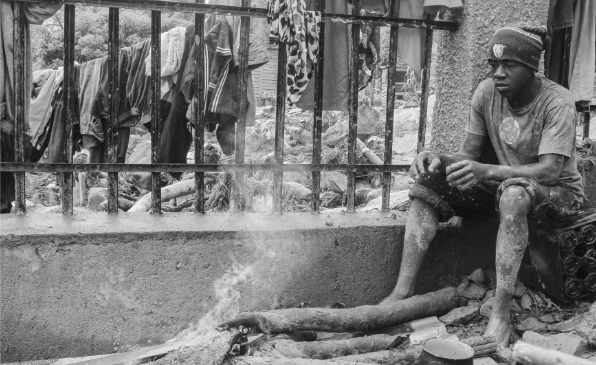 Zimbabwe has availed ZWL$274m out of the US$767m required for recovery and rehabilitation of the area affected by Cyclone Idai early this year, a Civil Protection Unit official has said, amid calls for upscaling of initiatives as the rainy season beckons.

A rapid needs assessment done by the World Bank showed that
over US$767m is required for recovery and rehabilitation. The devastation caused
by Cyclone Idai also left a trail of destruction in Mozambique and Malawi.

Presenting at a three-day workshop which began in Harare
yesterday, a CPU director Meliqiniso Sibanda said 17 601 households were rendered
homeless and 2 326 are internally displaced and staying in camps.

“Since the IDPs are in camps that place needs a few
millimetres of rain and it floods again. We haven’t constructed a single
housing unit and Econet has pledged to construct 500 out of 2 326,” she said.

Sibanda said plans for the houses have not been approved
although architects insist they are climate resilient. Asked why construction
of housing has not started since housing is a priority, Sibanda said there is
no funding.

“We have no funding for the houses. Funding will be
available through Econet. Government has not put money aside for housing,” she
said. Cyclone Idai damaged 584km of road network and China has pledged to
rehabilitate 20km using its standards.

Sibanda said Zimbabwean engineers will have to review the
standards to ensure that the roads are climate resilient. Cyclone Idai claimed
341 lives and 344 are missing.

“Recovery initiatives are ongoing, they need upscaling. UNDP
and other UN agencies and the African Development Bank, Econet and China are
helping us.”

A representative from Malawi, Fyaupi Mwafongo, said the
estimated cost of Cyclone is US$220.2m. He said the recovery costs are
estimated at US$370.5m inclusive of the need to build resilience buildings.

In Mozambique, Cyclones Idai and Kenneth affected 1.8m
people and it is estimated that 1.6m need urgent attention, according to its representative
Nadia Adriao. She said 39 of national roads were affected.

So devastating were the cyclones that it is estimated that
Mozambique will experience a slowdown in real GDP to 2.5 percent this year and inflation
is expected to quicken to 8 percent by the end of 2020 from 6 percent, Adriao
said. She said the recovery and reconstruction needs totalled US$3.2bn.

Financial resources pledged totals US$1.4bn. Of the pledge,
US$1.15bn has been confirmed leaving a gap of US$1.8bn in the resources
envelope required for recovery and reconstruction. The workshop is organised by
the United Nations Economic Commission for Africa, Zimbabwe and the Africa
Climate Policy Centre.

Its overall objective is to initiate a series of initiatives
to support the integration of climate information services and climate change
considerations into resilience building in climate sensitive sectors of the
economies of Sadc countries.