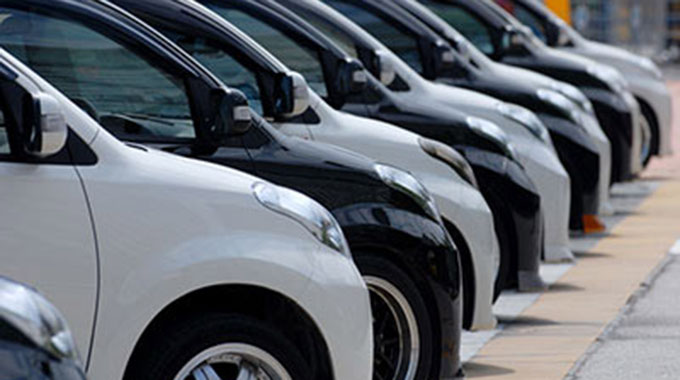 The new requirement to obtain individual import licences for all second-hand light vehicles that are 10 years or older from date of manufacture is not unreasonable although the details of what may be allowed and what will not be allowed are yet to be made clear, but presumably imports will be tough.

The main intention is to ensure that buyers directly, and Zimbabwe indirectly, get value for money and especially for the foreign exchange component.

Buying some semi-wreck with little life left is not value for money and can be dangerous. Spares are expensive, and for older cars are often difficult to find.

Breakers yards might have bargains from accident damaged vehicles that were smashed some distance from the part wanted, but recycling parts from one worn-out wreck to one just slightly less worn-out is not likely to benefit anyone except the car breaker.

A great part of the problem is the source of the cars, and what happens to them between the original owner selling them and the Zimbabwean buyer picking them up at a port or the border post.

In several developed countries, and especially a swathe of Europe and in Japan, cars older than five years come under new rules. These can vary.

In Britain, for example, a car needs on its fifth birthday what is colloquially known as a MOT certificate, that is one required by the “Ministry of Transport”.

This is the result of an extensive laid-down examination, although licensed private mechanics do the work, and all dubious or worn parts have to be renewed and the car made fully functional with all lights and the like.

This is not much different from what Zimbabwe’s VID will do in a full work-over on a car. The certificate then needs to be renewed every year, but many older cars are kept on the road, especially if they are not used for a lot of long journeys since the cost of the required spares and other work is often cheaper than the payments on a new car.

In Germany, the system is a bit tougher and more expensive, so more people replace at five years although there are groups of car enthusiasts who are prepared to go through the processes for vehicles they particularly want to keep.

By the time we reach Japan the rules are probably the toughest in the world. It is not impossible to keep a car more than five-years-old on the road, but the effort and the costs are so high that the car needs to something like a classic sports car or a limited-edition luxury model before anyone will take the great deal of trouble involved.

This five-year limit is regardless of the condition of the car, the mileage done, or any other factor. For most Japanese this means replacing their car at least every five years, although some might do this sooner while the older car still has a year or two left under the limit and so can be sold.

In many ways this has commoditised cars. A fair number of Japanese car owners simply sign a contract that includes the monthly payments, insurance and servicing, and just drive for the years of the contract and then replace with a new car and new contract.

One additional problem in Japan’s high density cities, where most people live, is securing off road parking. In many you have to have the parking bay before you can own a car, and that means getting rid of the old one before you get the new one.

The result is a lot of five-year-old cars that have been serviced regularly and often have a lot of mileage left before they need to go to final scrap heap, but at the same time these cars have almost zero resale value in Japan. And they are all right-hand drive.

A business has arisen whereby a lot of suitable cars, five-years-old, are bought very cheaply and intended for export. The cheap price is in some ways a bonus for the original Japanese owner.

At least they do not have to pay someone to take it away for recycling and destruction as assorted scrap metal and plastics, or just get that scrap value, minus the cost of having someone dismantle the car and sort the scrap.

But the question must arise as to what happens to these cars between the five-year sale and the eventual export. Obviously they are stored somewhere and not necessarily under cover. And five years of storage, which brings the car up to 10-years-old, cannot do it any good, no matter how careful the dealer is. The car might have spent a bit of time at a showroom or factory when brand new waiting for a buyer and so starting the five-year clock, but this will not make much difference.

The new import regulations do make sense. For a start a Zimbabwean buyer needs to think why no one else bought the 10-year-old car in the previous few years. And if it is very cheap why is the dealer dumping it at that very low price after carrying it as stock for a few years.

While Minister of Finance and Economic Development Prof Mthuli Ncube announced what amounted to a ban on 10-year-old used cars in this year’s Budget, Minister of Industry and Commerce Dr Sekai Nzenza, who has to implement the policy, is more nuanced using the import licensing rules.

She has taken these older cars off the open general import licence, so you cannot just pay the duty at the border post and drive away. You now need specific ministry permission for each and every car that is 10 years’ old.

The minister and ministry have yet to give any detailed criteria of what might be allowed and what cannot be allowed. We hope there is a transition process, allowing in the older cars that are still in the pipeline between payment date and delivery, but that process should not take more than a month or two before that flow trickles to a halt.

We note that the ministry, on import licence applications, requires the payment details, so presumably can detect any cars that were paid form, but not delivered before April 2.

But then we think that the ministry needs to be very tough and basically turn off the tap. Buyers have now been warned with the precise date the new system started, so cannot complain.

The system still allows the exceptional cases, but we do not imagine there will be very many, especially as tractors, heavy trucks, earth-moving equipment and mining and construction equipment are not included in the new regulations.

That exemption of the heavy commercial vehicles makes sense. These are bought by business people who are able to make sensible commercial decisions over value, and in any case their heavy trucks are checked regularly for safety.

Government has been fair. It still allows imports of used cars, and many countries do not, and even allows bargain cars from the favoured Japanese sources that were sold several years ago. But the worst of the dead-beat cars can be barred and should be barred.

Shot in arm for Bulilima schools