Blackout to intensify as Zesa steps up load shedding 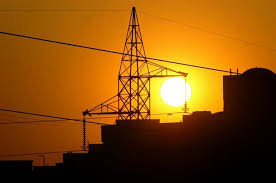 The economy is grappling with load shedding which can peak to 18
hours daily. The low water levels at Kariba Dam come at a time when South
Africa’s power utility, Eskom, is also facing a critical shortage of power.

Yesterday, Eskom, a major supplier of power to Zimbabwe, implemented Stage 2 load-shedding.Reacting to the alert, ZESA spokesperson FullardGwasira yesterday said on his Twitter handle:The Eskom alert will affect power imports. As such load-shedding will be implemented at Stage two today (yesterday).”

The receding water levels at Kariba Dam due to below normal
rains recorded has resulted in Kariba Power Station generating less than 300MW despite having the capacity to generate 1050MW.

Zimbabwe currently faces a power supply deficit which has been
exacerbated by poor performance by thermal power stations in Hwange,
Munyati, Bulawayo and Harare due to obsolete plants, long past their
intended lifespan.

As a quick intervention, Energy Minister, Fortune Chasi, turned to
Eskom in South Africa and Hydro Cahora Bassa in Mozambique.

Zimbabwe and Zambia are planning another power project
upstream on the Zambezi, the Batoka Gorge, to address electricity
shortages. Last month, the Zambezi River Authority, a joint venture
company for the governments of Zimbabwe and Zambia, chose General Electric Company and Power Construction Corporation of China to build the US$4bn project.The Zambezi River, meanwhile, is near its lowest level in half a century.
If the water level continues to fall, Zimbabwe and Zambia have warned
power generation will be suspended entirely in November or December.