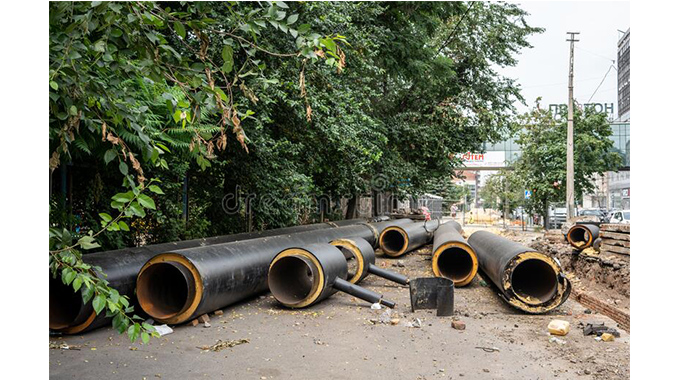 Vusumuzi Dube, Senior Reporter
THE Bulawayo City Council has applied to borrow US$51 million for them to implement major capital projects which include the acquisition of development land and rehabilitation of water and sewerage infrastructure.

The local authority this month effected a 372 percent rates increase after the Ministry of Local Government and Public Works in December, approved its 2020 supplementary budget.

Residents should expect a further 421 percent increase after the Government approved the council’s 2021 budget of over $16 billion.

The local authority has, however, revealed that it has no capacity to fund its capital budget which is pegged at $10billion hence the decision for them to apply for borrowing powers to help implement some of the city’s major projects.

“Council has no capacity to fund the capital budget from its own resources. It is therefore imperative for council to apply for borrowing powers of $4billion, equivalent to US$51million to fund various capital projects.

“Market indications are that the longest tenure for local currency loans is 24 months at an interest rate of plus or minus 50 percent per annum plus once off loan establishment and drawdown fees of three percent plus costs of registering collateral,” reads part of a council report.

In terms of the actual repayment structures, the local authority will pay an interest over two years equivalent to $2billion depending on the prevailing exchange rate, $126million in loan establishment and drawdown fees and the registration of collateral is expected to cost $105million.

“$278mil is required to repay the loan monthly. Beneficiaries of housing schemes will contribute $61mil per month towards repayment of the loan leaving council to repay $217mil from own revenue sources.

“The 2021 partial budget per month shall be $441mil, if cash collections are 70 percent of budget, council shall collect $309mil, the repayment is estimated to be 70,36 percent of the cash collection, this leaves $91mil to meet other recurrent expenditures,” reads the report.

The projections therefore mean, from the projected monthly cash collections, after the repayment of the loan, the local authority will be left with just 29,6 percent for other responsibilities inclusive of actual service delivery and payment of salaries.

The government stipulates a ratio of 70 percent service delivery is to 30 percent salaries for all cash collected by local authorities.

BCC has further revealed that they have received expression of interests from foreign funders, which they were also considering, revealing that local currency loans were 17 times more expensive that international loans.

“Expression of interests have been received from international funders to avail funding up to US$97mil, terms of the loans are; interest rate three percent per annum, tenure; nine years, grace period; three years.

“The tenure and interest rate of international loans is more suitable for capital funding. The grace period of three years gives council adequate time to implement the projects and reap financial benefits that can be channelled towards repayment of the loan,” reads the council report.

In 2014, the Government approved borrowing powers for BCC of US$13mil for the refurbishment of waste water reticulation and treatment infrastructure, US$11mil was spent on various sewer projects in the city.

Other projects were, however, suspended due to price escalation following the change in functional currency.