150 jobless as Inyathi mine closes 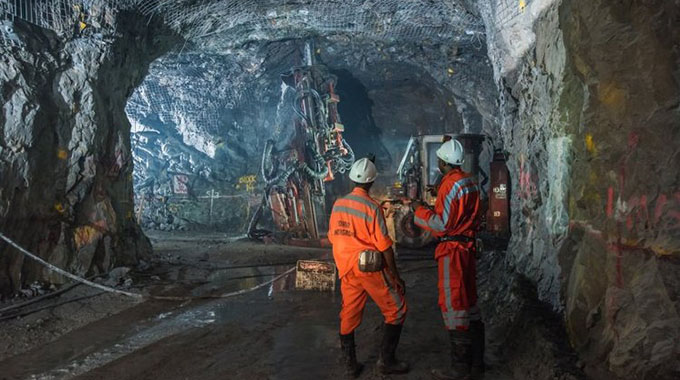 RIO De Ore Mine in Inyathi, Matabeleland North province, has terminated employment contracts for 150 workers saying it was winding down operations.

This came soon after it was served with a court order compelling it to remit an outstanding $152 000 in subscription fees to the National Union of Mines, Quarrying, Iron and Steel Workers of Zimbabwe.

The termination of workers’ contracts was confirmed by their union’s regional officer Abraham Kavalanjila yesterday.

He said the company terminated the workers’ contracts on December 31 last year, but the matter was reported to the union on Friday.

He added that the company was under-paying the workers and owed them a total of US$225 000.

“This mine has been under-paying its workers since August 2019. We lodged a complaint with the National Employment Council of the Mining Industry.

Efforts to get comment from the mine owner Joseph Chowels were fruitless as he was not answering calls to his mobile phone.

But a letter signed by Chowels dated January 7, 2021 to the union confirmed termination of the contracts.

“This letter serves to confirm that the contractors are no longer contracted by Rio De-Ore Mine as of December 31, 2020. Please may you update your records,” Chowels wrote to the union.

Kavalanjila yesterday wrote back to Chowels acknowledging receipt of the letter on contractors’ behalf and requested him to furnish the union with the list of contractors whose contracts had been terminated within seven days.

“Also be advised that proper procedures when terminating contracts must be followed.

“The union will not hesitate to take legal action against you,” Kavalanjila responded.

The development came after the union on December 18, 2020 filed an application at the Inyathi Magistrates Court seeking an order compelling the company to remit the money owed to the union as members’
subscriptions.

The union represented by its training officer Shadreck Pelewelo cited Rio De Ore Mine as the respondent.

Inyathi magistrate Nyaradzo Tukwa ruled that the company should pay the amount owed to the union.

“The application be and is hereby granted.

“The respondent be and is hereby ordered to pay an amount of $152 000 to the applicant not later than seven days,” ruled Tukwa.

However, the union said the company had not yet complied with the court order but had terminated the workers’ contracts.

In his founding affidavit, Pelewelo submitted that on August 2 2019, the union furnished the company with a stop order form where its then 38 members authorised the company to deduct 3% of their monthly salaries as subscription fees to the union not later than every fifth day of each month.

He said the workers were supposed to earn $18 000 according to the schedule of minimum salaries.

Pelewelo said on October 29, the union furnished the company with the stop order form where new members authorised it to deduct 3% from their salaries towards union dues.

The union said the company’s failure to pay had rendered it (union) bankrupt, affecting its capacity to represent its members.